What is more important than points? 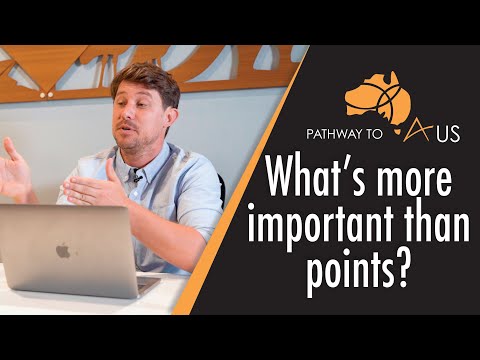 A lot of people ask me what can I do to increase my points? For the Skilled Independent Visa or Family Sponsored Visa, points are crucially important. It is really the only thing that matters. However, with the State Nominated (Subclass 190) or Skilled Regional visa, other factors are considered.

Living and Working in the State/Territory

I think that most states are looking for someone who can contribute to the economy immediately. If you are living and working in the state, you are already employed and contributing to the tax base.

Having a Job Offer

Sometimes timing is often more important than points. State/Regional Migration occasionally open and close at certain points throughout the year.

The more time that you have where you have your skill assessment and all the relevant documentation to submit the expression of interest, the better the chance of receiving the invitation.

Living outside Sydney, Melbourne and Brisbane

Genuine Commitment to the State or Territory

Each state or territory will only want to invite applicants who are genuinely committed to living and working in the state. It is important that you can demonstrate your commitment to the state. This can involve researching where you are going to live, where will your kids go to school etc…

How Many Points Do I Need?

What is more important than points? was last modified: March 10th, 2021 by PTA