Adding my partner to my student visa

The partner visa allows partners to work, live and study in Australia. There are also numerous other perks that the visa holder is eligible for such as receiving access to Medicare.

Can I add my partner to my student visa?

We previously had a French client who wanted to apply to be added as a secondary applicant to her partners student visa. Here is a little background of her case:

With a little work, we were successfully able to add the French girl as a secondary applicant to her Argentinian partners student visa. We did not need to cancel the Argentinian’s original student visa. The French girl made a separate application to be added as a secondary applicant of her Argentinian partner, provided the correct supporting documents and had her visa was granted roughly three weeks after application.

The French girl was granted a secondary applicant student visa, with limited work rights (40 hours per fortnight). Her visa would expire the same day as her partners student visa. 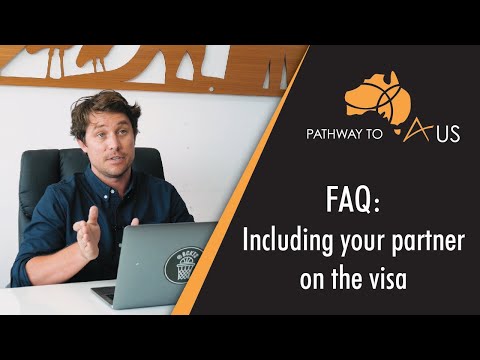 What should I do if I want to add my partner to my student visa?

Can I work as a secondary applicant?

Generally speaking, the secondary applicant will be given the same work rights as a student (so you can work for up to 40 hours per fortnight). However this is discretionary granted by the case officer.

Yes you may be able to. However Immigration may ask why you didn’t list them as a de facto partner on your initial student visa application. Just to let you know, “I forgot”, is generally not a good enough excuse. No matter if the relationship is a newly formed or long term relationship, you will need to demonstrate that you meet the De Facto relationship requirement. This means that you have demonstrated commitment to a shared life together, and that you have lived together for 12 months. (*There may be a few ways to get around the 12 months living arrangement) There are also several other steps to take to update your relationship status with Immigration.

Can I add my partner as a secondary applicant on another visa such as a 457 visa?

What is the cost to add my partner to my visa?

How long does the process take?

The time taken can really depend on what assessment level the main applicant is. When we have assisted clients it has taken anywhere from 1 week – 1 month.

Can I apply from onshore?

Yes you can usually apply from onshore, provided you do not have a no further stay condition on your visa. Or any other condition preventing you from applying within Australia.

Will I need to continue paying tuition fees and finish my current course if I am added as a secondary applicant?

Once a student has successfully been granted the secondary applicant visa, they are no longer required to attend class or pay future tuition fees for the course they were previously studying. However you must let the education provider know that you no longer intend to study so they can cancel your enrollment and will not charge you.

Will I need to show financial evidence?

It is advised that if the main applicant is from an assessment level 2 or 3 country, that you will need to provide financial documentation proving you have sufficient finances to support yourself and your partner in Australia.

Do I need to cancel my visa and re-apply?

It is very common for someone in a relationship to not want to study anymore. Perhaps the couple is under financial stress and can no longer afford two tuitions fees. Perhaps they simply do not want to continue studying the course. Whatever you do, be sure to seek advice before canceling your student visa.. If you cancel your student visa, you will become an unlawful citizen. This means that it may make it a lot more difficult for you in the future to apply for visas. Instead, it may be best to just apply for the new secondary applicant visa whilst on your current visa. Once the new visa is granted, the secondary applicant will no longer need to attend or pay for future tuition fees. For more information about canceling your student visa, read this article

What assessment level will I be assessed?

What happens to my visa if my partner and I break up?

If you break up with your partner, you are no longer the De Facto partner of the main applicant. Therefore, it is a requirement to notify Immigration to changes in the family unit. Consequently, if you break up, you may need to leave Australia, or apply for a different visa.

Can I add my partner to my student visa was last modified: June 26th, 2021 by Nick Yock